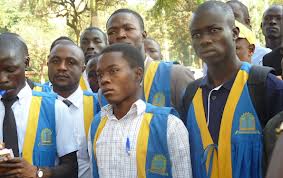 Kyambogo university administration says it is to finalize the disbursement of internship fees for students.

Yesterday evening, a group of third year government sponsored students turned rowdy blaming the administration for delaying to pay them.

We also spoke to the guild president Victor Irumba who says the students were only concerned about reporting late for their internship.

According to the University spokesperson Lawrence Madete, their system suffered some delays due what he describes as internal processes.

Madete says the delays were brought about in part by Lecturers’ delay to get placements for some students.

He however said the issue is being addressed and the students will get their money deposited in their accounts today.

UPC hits back at Museveni on rigging claims

HIV/AIDS Prevalence rate at 33% among Prostitutes