Kampala Lord Mayor Erias Lukwago has survived death by whisker after his vehicle was involved in an accident along the Kampala-Masaka road this morning. 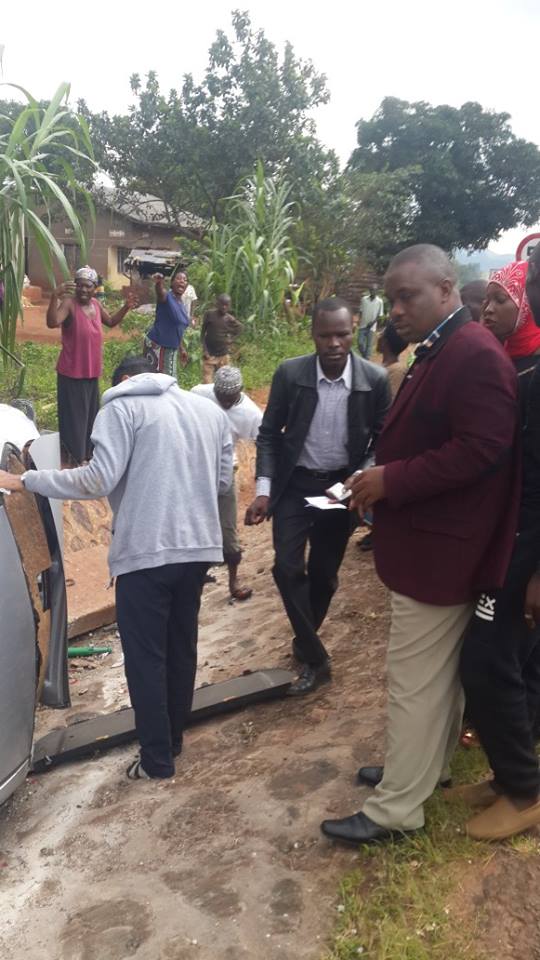 Lukwago was heading to Masaka for Eid prayers when the driver of an oncoming vehicle lost control and it almost rammed into his at Kamengo.

Four people have sustained injuries and have been rushed to Mpigi hospital.

Lukwago however says he is thankful to God that he is not injured.