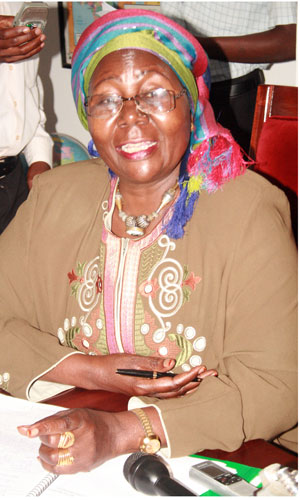 Members of Parliament fronting for the censure of two ministers implicated in the Public Accounts Committee report on compensation are set to table their motion next week.

Former Attorney General, Prof. Khiddu Makubuya and then Finance Minister, Syda Bbumba were pinned in the report tabled before the House last evening, for sanctioning payment of billions in compensation claims to companies and individuals such as city tycoon, Hassan Basajjabalaba.

The committee chairman, Kassiano Wadri says the ministers should take personal and political responsibility for causing loss to the government.

Wadri adds that the committee wants the ministers relieved of their duties and the case handed to the IGG for further investigations.

Mo Ibrahim Prize standards not too high to achieve