by David Kugonza
in News, Sports
0

Mohamed Salah has won the Professional Footballers’ Association Player of the Year award for 2017-18.

“It’s an honour and especially as it’s voted by the players. I am happy and proud,” Salah said.

“I didn’t have my chance at Chelsea. It was clear I would return and show everyone my football. I think I left and came back a different person, man and player. I am happy and proud.” 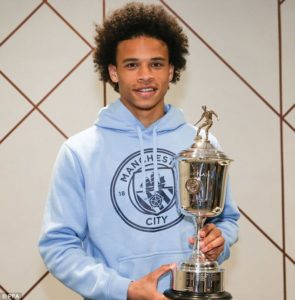 The 22-year-old has scored nine goals and produced 12 assists for his City team-mates, to help them win the English top flight title with five matches to spare.

Sane is the first player to win the award and win the Premier League in the same season since Cristiano Ronaldo in 2007.

Police officers asked to be innovative

IGP - Relations between Police & other sister security organs have improved