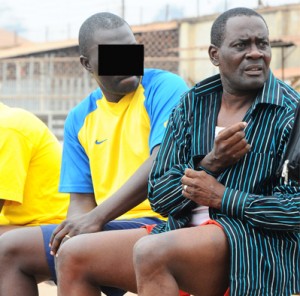 This was after prosecution failed to turn up today to inform court on progress made with investigations.

Mubiru  is accused of having sexual relations against the order of nature which he denies.

According to prosecution, the offence was allegedly committed in December 2009 at Mengo in Kampala.

Fire at Bank of Uganda

NRM MPs vow to press on