Mugabe expected to be buried over the weekend

by Faith Amongin
in News
0 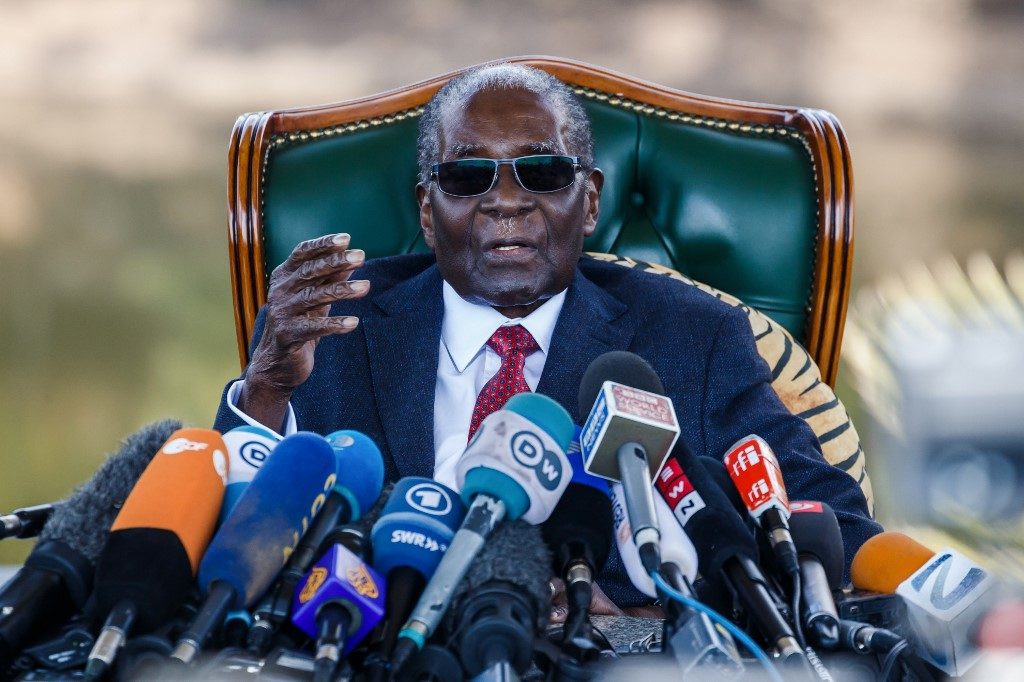 Robert Mugabe’s nephew said on Sunday, that a delegation was expected to leave Zimbabwe on Monday to collect the hero-turned-despot’s body from Singapore where he died two days ago.

Mugabe, a guerilla leader who swept to power after Zimbabwe’s independence from Britain and went on to rule for 37 years, died on Friday, aged 95.

His health took a hit after he was ousted by the military in November 2017, ending his increasingly tyrannical rule. He had been travelling to Singapore for treatment since April.

“I can’t give an authoritative day, all I know is people are leaving tomorrow Monday to go and pick up the body,” Leo Mugabe said.

“So assuming they get there on Tuesday and the body is ready, logically you would think they should land here on Wednesday,” he said, adding that a list of accompanying family members was being finalised.

Once praised as a liberator who rid Zimbabwe of white minority rule, Mugabe soon turned to repression and fear to govern.

He is widely remembered for crushing political dissent and ruining the economy, prompting mixed reactions to his passing.

At Sacred Heart Cathedral, Mugabe’s parish in the capital Harare, the priest encouraged congregants to pray for their founding leader.

“I know some of us may have different feelings about it, but it’s our duty to pray for one another,” Father Justin Jagaja said.

The government is expected to announce when Mugabe’s body will be returned to Zimbabwe and provide details of the funeral in coming days.