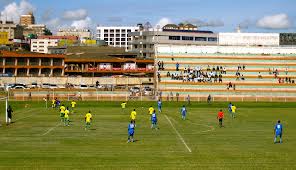 The management of Nakivubo Stadium has directed traders who have set up businesses close to the perimeter wall to move.

The stadium manager, Ivan Lubega, tells KFM that following resumption of construction of the stadium’s perimeter wall two weeks ago, it is prudent that the traders, particularly those on the Park yard land, move to avoid any accidents.

Lubega has also asked the netball teams which have been using the courts to train to look for alternative places until construction is complete.