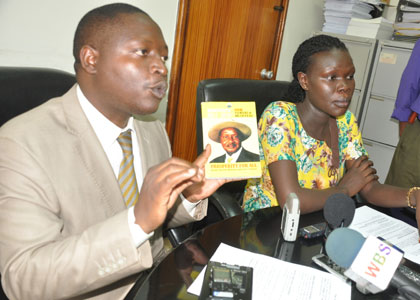 Members of the NRM party caucus are to discuss mechanism of imparting discipline and review of the manifesto in Kyankwanzi retreat.

This was revealed by the caucus vice chairperson David Bahati while speaking to journalists about the agenda of the retreat.

Bahati says that the party will use the experience of other political parties in the world to draft its own rules of procedure which members would follow.

The meeting comes after the government chief whip Kasule Lumumba logged a complaint to the NRM Secretary-General, accusing five MPs of breaching the NRM code of conduct.

Bahati says the party also intends to have its whipping system categorized under the rules of procedure.

The 10 day retreat will cost the party between 300 to 400 million shillings.

NRM & FDC officials pitch camp in Iganga ahead of by-election

Uganda Medical Association respond to accusations by the President