One injured as building collapses 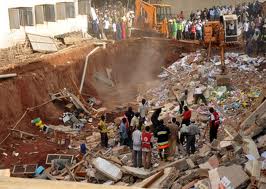 A building next to Olympia Hotel in Kansanga has collapsed injuring one person.

The six-floored building is said to have gone done due to substandard work.

Meanwhile deputy chief fire officer, Hassan Kihanda says they are now clearing debris from the nearby property that was damaged

Meanwhile one of the affected residents has blamed KCCA for failure to ensure that procedures were followed during the construction.

Efforts to get a comment from the authority have been futile.

BY DAMALI MUKHAYE  The National Curriculum Development Center (NCDC) is stuck with a draft of a new condensed curriculum for learners, slightly over a month before...