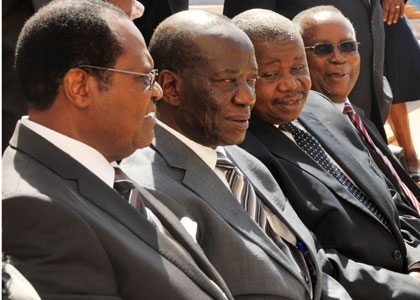 The minister for Justice and Constitutional Affairs Kahinda Otafire is calling for more transparency and accountability in the judicial sector.

He says that the public has lost trust in the justice system and its image has been tainted before the public eye.

Otafire adds that justice is now considered expensive and slow, which he says has fueled corruption, citing a recent report released by Transparency International ranking the judiciary as the most corrupt institution in the country.

He says such circumstances have given rise to more cases of mob justice.

Otafire was speaking at the opening of the 15th Annual Judges’ Conference.

Speaking at the conference the Vice President Edward Sekandi has appealed to the judiciary to launch a campaign to sensitize the public about judicial proceedings.

He noted that currently the public is not able to distinguish the roles of the judiciary, police, director of public prosecutions and other related institutions.

Soldier on trial over alleged murder of 3