by David Mujuni
in News, Sports
0

Mr. Joseph Beyanga aka Joe Walker walking during the 25km drive in Kampala.

Joe Walker and friends on Thursday, December 8 spent their afternoon on the Northern Bypass in a renewed road safety awareness drive to help curb the escalating road crashes as the festive season draws closer. The 25km awareness walk, under the theme Safe Roads Save Lives, was spear-headed by road safety activist, Mr. Joseph Beyanga, also known as Joe Walker.

The group kicked off the walk from Watoto North church in Ntinda, and walked up to Namboole before heading back to Kalerwe in Kampala. The participants later returned to Watoto North to complete the 25km distance.

While addressing the press shortly before taking off, Mr Beyanga explained that 72% of the road crashes are caused by reckless driving.

“14 Ugandans will not return home today because of the road crashes. Most of these crashes are caused by reckless and careless driving which account for 72% of all the road crashes in Uganda,” Mr. Beyanga told journalists.

Beyanga, who also doubles as the Head of Radio at Nation Media Group – Uganda completed his 25km walk in 4:34 hours alongside four other colleagues.

Speaking of Joe Walker’s friends, the drive was also graced by farmer, Mr. Robert Kabushenga who ran during the first 15km and walked the 10km on his return from Kalerwe. The former Vision Group boss challenged government officials to drive responsibly while calling them out as the worst offenders of traffic rules.

“We can’t drive the way we’re driving and hope to remain alive. Public officials are the worst offenders. The fact that you drive a government car doesn’t give you license to misbehave,” Kabushenga told journalists on Thursday.

Check out the gallery below; 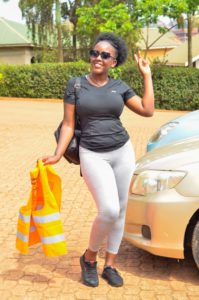 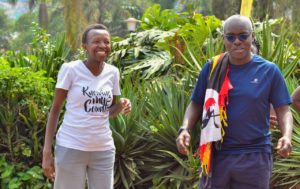 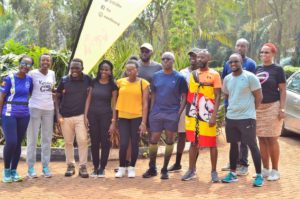 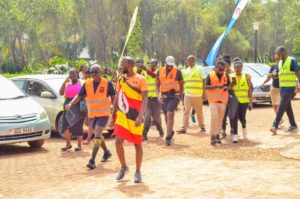 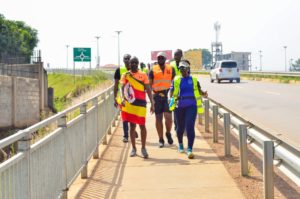 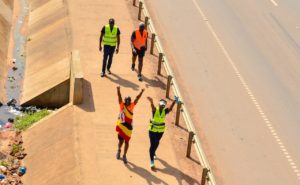 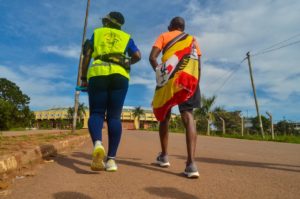 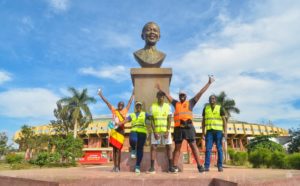 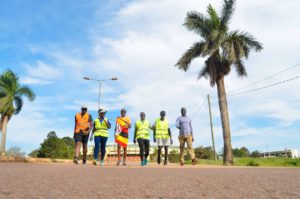 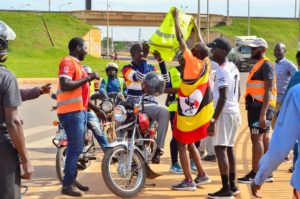 By AFP Gunmen opened fire on a group of people celebrating a birthday at the weekend in a township in South Africa, killing eight and wounding...