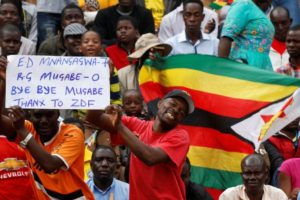 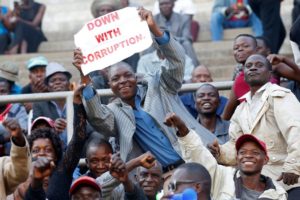 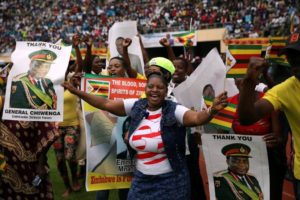 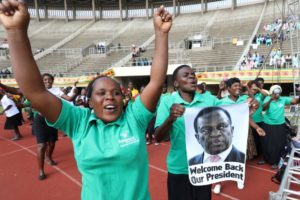 Crowds filled a 60,000-seat stadium in Zimbabwe’s capital, Harare, to witness the swearing-in.

There were mass cheering from the crowds as the chief justice puts the green sash and chain of office on Mnangagwa. 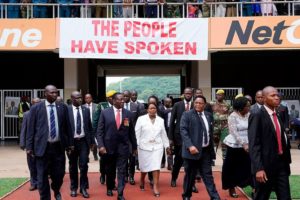 It follows the dramatic departure of Robert Mugabe after 37 years of authoritarian rule. 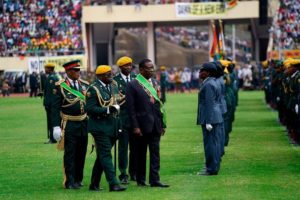 The former vice-president’s dismissal earlier this month led the ruling Zanu-PF party and the army to intervene and force Mr Mugabe to quit.