The Premier League club are worth an incredible £3.16 billion according to the magazine, coming in ahead of rivals such as Real Madrid, Bayern Munich and Manchester City.

United failed to lift a single trophy last season, finishing a distant 19 points behind neighbors City in the league, but the top brass at the club can be content in the knowledge that their brand is still thriving.

La Liga giants Real Madrid and Barcelona are third and fourth and valued at £3.13bn and £3.11bn respectively. 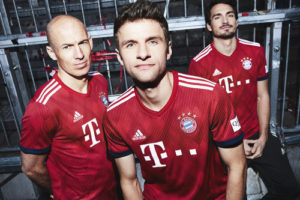 Bayern Munich are the only other football team outside the Premier League to make the list, sitting 12th and valued at £2.35bn.

‘There has never been a better time to own a top-notch pro sports franchise,’ said Kurt Badenhausen, a senior editor at Forbes.

There were a whopping 29 NFL teams on the list US sports dominated the list, with eight NBA teams also included, and six MLB franchises.

In a sign of the difficult times facing motor racing, not one Formula One team featured in the top 50.

Clashes between S.Sudan refugees & Madi push traders out of Adjumani