Lewis Hamilton the richest sportsman in the United Kingdom

Lewis Hamilton is still the richest sportsman in the UK but Manchester United striker Zlatan Ibrahimovic is a close second. 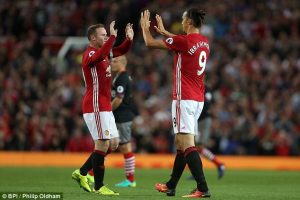 Formula One’s Jenson Button and golfer Rory McIlroy make up the top five with wealth of £86million and £82million respectively.

Football is the best-represented sport in the top 10, with five of the wealthiest sports people either players or managers.

Wales and Real Madrid striker Gareth Bale has seen his wealth rise by £20million in the last year to a total of £54million, to place him eighth in the top 10.

Sir Andy Murray is now worth £77million, making him the sixth-richest sportsman.

UCU VC has challenged the elites to steer the country into the right direction.