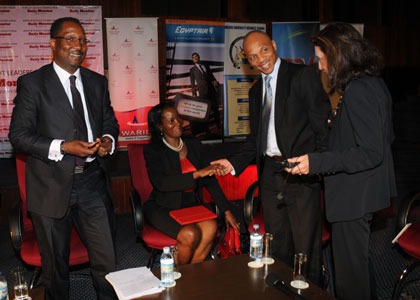 With the growing innovations in technology that seem to be eroding jobs, the former Chief Executive Officer of Google Isabel Aguilera has advised employers to balance between embracing technology and retaining human resource.

She says this practice has been appreciated by Google, through training employees to be able to maintain their jobs and at the same time enhancing technology for efficiency;

Aguilera was invited by Monitor Publications Limited to give business advice to the local business community during these tough economic times.

Isabel Aguilera is one of the most influential speakers in the world according to Forbes magazine also doubling as the former president of General Electric.

She is now the General Manager and Director of the board at Dell Computers, Compaq, and Vodafone.