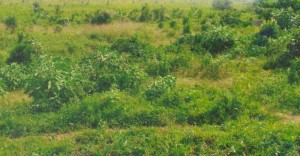 According to the Minister of Investment Gabriel Aljedra, a total of 277 investors were allocated land but 42 were granted leases after satisfying the Uganda Investment Authority board terms.

Another 121 have surveyed their land and the authority is processing their lease while 35 entities have paid a total of 200,000 shilings to the authority to secure their land.

However 74 were allocated land but have not taken any action beyond acknowledging the authority offers making the land idle.

It’s on this note that government has announced cancellation of their entities and plans for re-allocation.

Addressing a press conference, Ajedra said the authority has no obligation whatsoever to those who never took any tangible action on the land allocated to them three years ago.

By Benjamin Jumbe The Deputy Minister of Trade in Turkey Riza Tuna Turagay has asked authorities in Uganda to speed up investment and bureaucratic procedures...

By Juliet Nalwooga The Uganda Revenue Authority (URA) says it has registered a significant growth in revenue of about 10.6% for the third quarter of the...

By Tom Angurini A report by the Uganda Bureau of Statistics has shown that the Ugandan Shillings remained resilient registering a mild appreciation of 0.6 percent...

By Tom Brian Angurini The Uganda Association of Energy Economics (UAEE) Makerere University Business School has officially become a member of the global International Association of...