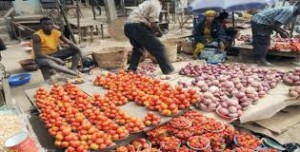 The Kibaale Woman Member of Parliament Robinah Nabbanja has been beaten up by angry traders in Kakumiro town.

She was attacked as she attempted to talk to the rowdy traders who are demonstrating over tax on food stuffs.

This has prompted the anti- riot police commanded by Charles Okello to fire tear gas to disperse the crowd.

The angry traders claim that the tax being collected from them by local authorities was long scrapped by government.

The police remain heavily deployed to quell the violence that erupted as the demonstrators blocked all roads leading the Kakumiro town.

Transport and business is also paralyzed in Kibaale district with no vehicle allowed to cross from Kibaale to Mubende or vice versa.

DP calls for the release of Nyanzi and all charges dropped