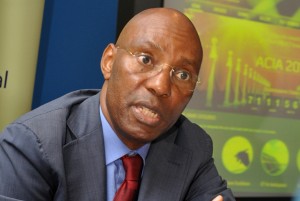 The number of internet users in Uganda has hit 4.4 million.

This has been revealed by the Executive Director of the Uganda Communications Commission Godfrey Mutabazi.

He says this figure was released by Mass Room; a US- based organization which carried out research in different African countries including Uganda.

He says currently 30% of Ugandans have access to internet, putting the country in 10th position in Africa.