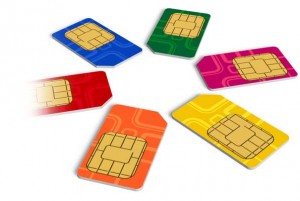 A common complaint foreign investors make about Uganda is the time it takes to register a business. We have 16 procedures for registering a new business, Tanzania 12, Kenya 11, while Rwanda has only two. Not so for joining a mobile phone network. At the moment all you need is to buy a phone, the SIM card of the network you wish to join and voila, you’re connected. No paperwork, bribes, or waiting periods pending approval.

This is set to change. Starting March 1, all telecom operators—MTN, Warid, Airtel, uganda telecom, Smile, et al— will commence registering SIM cards and the details of their owners following a directive by the Ministry of Information and Communications Technology released on December 12, 2011.

The move was mandated by the “Regulation of Interception of Communications Bill” passed by Parliament on July 14, 2010, three days after the Kampala Al-Shabaab bombings. It was signed into law by President Museveni that September, and provided for the “lawful interception and monitoring of certain communications,” transmitted through a “telecommunication, postal or any other related service or system in Uganda.”

The bomb blasts provided a grim and perfect backdrop for the passing of the Bill. It was intended to prevent such acts, the Security Ministry had argued since it’s unveiling before Parliament in 2007, and later findings about the planning and execution of the attacks seemed to vindicate him. With help from the American FBI, intelligence operatives tracked and arrested the bombers by following a trail that started with an unexploded bomb in Makindye. The bomb was to be remotely activated using a mobile phone, and the suspects made repeated calls to the phone to trigger it off. By tracing those calls the police was able to arrest the suspected perpetrators.

Making such investigations easier is the government’s justification for undertaking the oncoming registration exercise. Uganda has over 14 million mobile telephone subscribers who use mobile telephones for a number of other things—mobile money transfers, mobile banking and payment of utility bills—other than making calls and sending text messages. However, all these services are susceptible to abuse and misuse, from ransom demands made over telephone, fraud, money laundering to terrorist activities like the 2010 bomb blasts.

Mobile phone registration is therefore necessary and mandatory, says the government, to intercept and investigate such criminal activity. It will create a national database containing not only biographical information but also a photograph and fingerprint of all mobile telephone users in the country. With this, the police can easily attach an identity to information obtained through interception, trace phone scammers and extortionists, and fight mobile money fraud.

“If every SIM card is registered, it is likely to help us not necessarily in mobile money theft, but even other crimes,” says Venus Tumuhimbise, the Detective Commissioner, CID. “All lines will be known, therefore any lines the user uses to call during robberies, murders, theft, and terrorism can be tracked. I believe we shall be more effective in other crimes more than stealing mobile money.”

Big Brother watching
Jared Osoro, an Economist with the East African Development Bank, says this has come a bit late, and should have preceded mobile money. “You cannot have a thriving mobile money system and the SIM cards are unregistered; you must have your SIM card registered to say this is my account. It’s like having a bank account without any formal registration.”
The data collected will be of use to telecom companies and the economy too, says Osoro. It will help them keep track of their growth “for purposes of their own expansion, diversification, and product development.”

However, an official from Warid Uganda who asked not to be named so he could speak freely said telecom companies already have those statistics and “already know their customers.” “It’s a good thing, yes, but it’s more to do with the government than the telecoms.”

Although the bill was introduced by the government and, like the Warid official suggests, the subsequent Law was in its interests—it gives security agencies the powers to listen in to private conversation, monitor online activity, or intercept postal exchanges between individuals, groups and organisations if there is sufficient reason to believe it could aid in criminal investigations—the cost of implementing it was passed on to the telecom companies.

A clause in the Act requires that service providers ensure their systems can support lawful interception at all times. And this passed on two obligations and costs to the telephone companies; creating the databases and updating them thereafter, and buying the equipment that would monitor the telecommunications.

In 2009, as the Bill came before Parliament, the then MTN legal affairs head told this paper that “the cost of such equipment will be very prohibitive.”

Today, telecom companies are singing a different song. Joseph Kanyamunyu, Airtel’s Public Relations Manager, tells this paper that they “are 100 per cent committed” to the exercise, and that it “will enhance our relationship with customers.” The Warid official says it will collect comprehensive information they “might also need to make better decisions.”

Yet, won’t the prohibitive costs be passed on to consumers in the form of higher tariffs? Both telecom officials told this paper that it’s highly unlikely. The equipment is a long term investment that will give the operators a more detailed demographic picture of their subscribers, and will not affect tariffs.

Who pays the costs?
That does not mean that it’s free of negative economic consequences however; small scale vendors of SIM cards will see their businesses swept away by the exercise because registration will have to be done at designated centres that can capture personal and biometric data.