by Noelyn Nassuuna
in Entertainment News
0 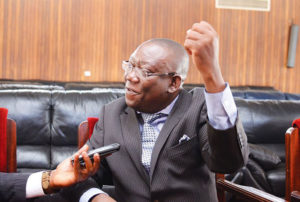 Rubaga South MP Kato Lubwama and Theatrical Association Uganda Ltd have sued government for recently allowing an open music show by three Nigerian artistes yet their local counterparts were banned from performing due to Covid-19 restrictions.
In a December 17 suit, the performers cite selective enforcement of the law by security agencies regarding Covid-19 guidelines.

They contend that ever since President Museveni banned open-air music concerts and other related cultural entertainment shows in March, they have adhered to the same.
However, they were shocked on December 12 to learn that security agents allowed an open music show at Ddungu Resort Beach in Munyonyo with a crowd surpassing the recommended 200 revelers.

Unregistered artistes will not benefit from royalties – UPRS

The Uganda Performing Rights Society (UPRS) says it will not payout any royalty to artistes who have adamantly refused to register as members of the society....