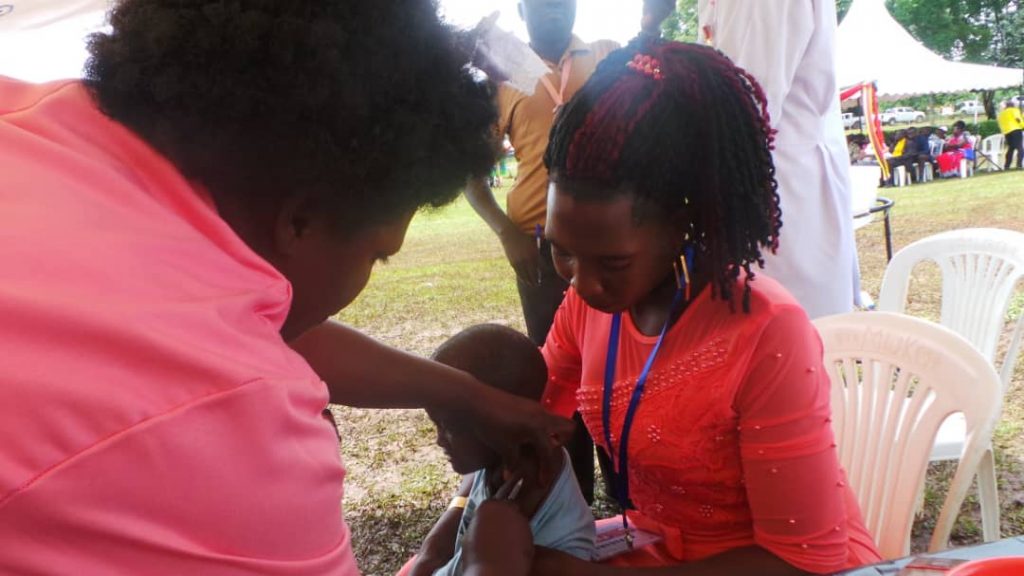 At least five people in Kamuli District have been arrested by police for allegedly hiding their children from the ongoing nation wide measles-rubella immunisation campaign.

The District Health Officer, Moses Lyagoba says they visited one school in Bugulumbya village with an enrollment of over 100 pupils but were shocked to find there was no one.

He says they then resorted to a door-to-door method but to their dismay, some parents had hidden their children under the bed.

Lyagoba says other children had reportedly been sent away from their homes until the exercise is done.

Meanwhile, the Uganda Paediatric Association has joined the ministry of health to re-assure the public about the safety of the ongoing Measles-Rubella vaccination.

There has been a mixed reaction from the public about the safety of the vaccine, as people have questioned why the ministry should re-vaccinate their children who were already immunized.

According to the press statement by the paediatrics’ association president Deogratias Munube, the vaccines are safe and effective in the prevention of diseases which can be prevented by immunisation.

He notes that over the last 10 years, Uganda has experienced recurrent measles outbreak in 26 districts and the current national surveillance has also showed an increase in number of rubella cases.

He says this vaccine will thus prevent congenital rubella syndrome in new-born children and deaths associated with measles infections that can cause childhood deafness, mental retardation and blindness .

The launch was conducted at the ongoing World Food Day celebrations at the Zonal Agricultural and Development Institute.

Speaking to KFM after the launch, the District Health officer Dr. Joseph Ruyonga has asked parents to ensure that all their children below 15 years immunised.

Health minister Jane Ruth Aceng yesterday launched the same campaign in Mayuge district where she advised the public not to listen and follow people who de-campaigning the exercise.

The government is targeting to immunize 18 million children during the five-day exercise that ends on Sunday.