by Reporter
in Health, National News
0 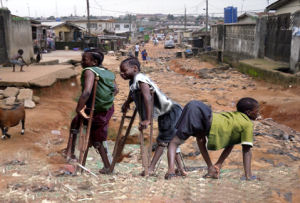 KAMPALA: As the country commemorates the World Polio Day today, the rotary fraternity in Uganda has organized a series of activities aimed at soliciting funds to eradicate polio.

Speaking to KFM Kenneth Mugisha, the Assistant Regional Rotary Foundation Coordinator, says as one of the fundraising activities the District Governor Francis Xavier Sentamu, is leading a team in climbing Mt. Kilimanjaro peak with each participants paying 1000 US dollars that will go to the rotary foundation.

The Mt Kilimanjaro climb started on October 21 at Marangu Gate (1600m) through the rain forest to Madara Hut (2715m).

Mr. Mugisha says rotary has over the years worked with various partners including the World Health Organisation and health ministries and their efforts have paid off because in Africa, no Polio case has been registered in the last 3 years.

He says Afghanistan and Pakistan remain the worst hit countries in the world mainly due to belief that the polio vaccines contain chemicals that cause infertility.

“We need to raise more funds for this campaign. During the last Rotary year, 186m dollars was spent on various activities including immunization of children and facilitation of over 50,000 volunteers across the globe”, Mr. Mugisha told KFM in an exclusive interview.

Mr. Mugisha who is also the Past District Governor Rotary District 9211 says the campaign to end polio is also supported by the Rotary and Gates Foundation Matching Funds initiative where Rotarian will raise a minimum of 50 million US dollars every year for he next three years.

He explains that under this arrangement, the Bill & Melinda Gates Foundation made a commitment to match each 50m dollars raised with 100m dollars.

Together, Rotary and the Gates Foundation aims to raise 450m dollars over the next three years for polio eradication.

Mr. Mugisha says he is optimistic that this dream will soon be realized because so far pledges made by various governments during the Rotary Convention altogether make upto 1.1bn dollars.

He thus encourages Ugandans including non Rotarian to contribute generously to the cause of ending polio in our lifetime.

The main event to mark World Polio Day 2019 is to be held at the Rotary Club of Muyenga Tank Hill in Kampala with the #EndPolioNow.

By Mike Sebalu        Experts who treat women's diseases, especially those related to reproductive organs (Gynaecologists) want the government to put in place a...

The Health Committee of parliament wants government to reinstate the budget for the Ministry of Health to enable it procure machines that can examine cancer and...

By Jane Nafula | Monitor As the country prepares to be declared Ebola-free today, it has emerged that $42 million (Shs154b) out of the $81.2 million...