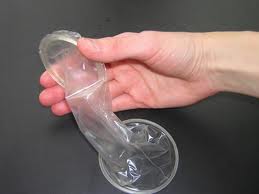 Condom use continues to be low due the myths attached to it.

WHO emphasizes need for solidarity in the fight against Monkey pox

This is according to the chairperson of the World Medical Association Dr.Margaret Mugherera.

She also says that many people think that the condoms cause discomfort and end up engaging in risky sexual behavior.

She however says all this can be changed if the ministry of health steps up the campaign on promotion of condom use.

She also calls upon the ministry to do more work in promoting use of the female condom that continues to receive mild response from the public.

Mungerera remarks come as Uganda joins the rest of the world to commemorate the world condom day with events held in 25 countries.

The day is celebrated on the 14th of February in other countries.

WHO emphasizes need for solidarity in the fight against Monkey pox

The World Health Organization has said that countries need to work more together to stop the rapidly spreading outbreak of monkeypox, “no matter the nationality, skin...

Global alliance to end HIV in children by 2030 launched

UN agencies UNAIDS, UNICEF, World Health Organisation, and others have formed a global alliance to prevent HIV infections in children by 2030. The move is in...

HIV/Aids Advocates in Uganda have protested against the persistent stock-outs of life-saving antiretroviral drugs in the country. The advocates led by the Uganda Network on Law,...

The World Health Organisation (WHO) has given Uganda test kits for monkeypox following the accreditation of laboratories that can perform the tests. The kits have capacity...