Prominent members of the country’s fashion industry using Instagram are being targeted in a cyber crackdown by the Tehran regime.

A leading model in Iran has been forced to publicly denounce herself after being charged with “promoting western promiscuity” for posting pictures online of her without a headscarf.

Elham Arab, wearing a black chador over her head, told a hearing at the Iranian Revolutionary Court that she now regretted entering the fashion business and described it as a “mistake”.

Other reports from Iran said the model confessed voluntarily.

She is among a series of models and other prominent figures in the fashion industry caught up in a cyber crackdown by the Tehran authorities, code-named Spider II, against those who post images of themselves on Instagram and other social media sites.

Questioned by the prosecutor during the televised hearing, Ms Arab said: “I think all humans are interested in admiring beauty and becoming famous.

“But they must first consider at what cost and what they will lose in return.

“For an Iranian film star they may not lose much but for a model she will certainly lose her hijab and honour.”

In recent years, Iranian women in Tehran especially have increasingly worn the mandatory scarf loosely on their head, drawing criticism from hardliners amid broader tensions within society over the future direction of the country.

Up until the launch of the crackdown at the start of the year, a large number of models and fashion agencies used Instagram to promote themselves.

Among those to be arrested include the top Iranian model Elnaz Golrokh, who has  subsequently left Iran and is now based in Dubai. 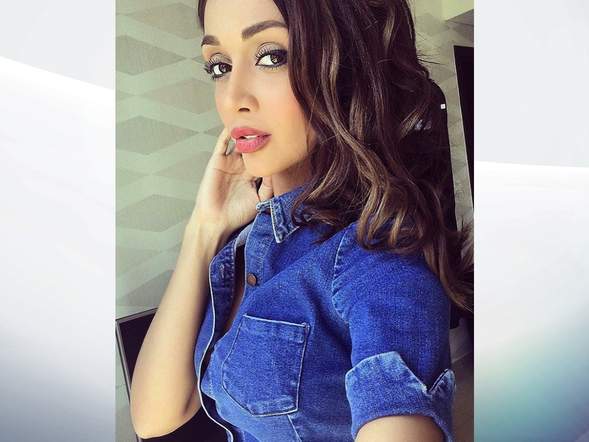 In a statement issued at the time, Ms Golrokh said: “Unfortunately for the moment I will not be active in Iran, but I will continue my work outside Iran.”

The crackdown on the fashion industry forms part of a wider move by the regime to control online expression in the county, through censorship and filtering of the internet.

In 2014, the authorities arrested a group of young Iranian men and women for an online video of them dancing to Pharrell Williams’ song Happy.

Even though the arrests drew widespread criticism, including from the musician himself, those involved were each given suspended sentences of six months’ in prison and 91 lashes.

Journalists, filmmakers, writers and activists have also been detained, sentenced or imprisoned.