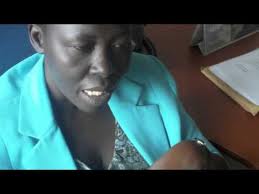 Alice Alaso has finally accepted her new appointment as the chairperson of the parliamentary Public Accounts Committee.

This followed a crisis meeting held this afternoon at the party headquarters in Najjanankumbi involving the leader of opposition Wafula Oguttu, the FDC president Maj Gen Mugisha Muntu and other senior party members.

The leader of Opposition Wafula Oguttu says they have agreed to provide Alaso with a team that is highly knowledgeable and professional in accounting to help her in executing her duties.

The Serere Woman MP Alice Alaso is one of the three senior FDC members who rejected the new appointments in the shadow cabinet citing lack of professional capability.

The others are Odo Tayebwa and Odonga Otto who have still stuck to their guns citing unfair leadership of the FDC president. A claim he has often denied.