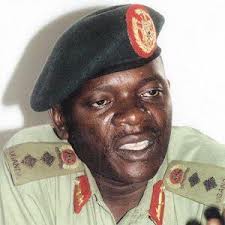 Brig.Elly Kayanja has been admitted to Nakasero hospital under critical condition.

This has been revealed by the army spokesperson Lt. Colonel Felix Kulayigye.

Brig. Kayanja is one bush war heroes and was once the director general of Internal Security Organization.

He is much remembered for the y execution of operation wembley, which saw the arrest of criminal gangs that had caused mayhem across the country.

He is currently attached to the military headquarter at bombo.