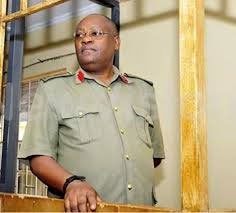 Hearing of the fraud case against Col. Shaban Bantariza kicked off this afternoon.

He told court that Bantariza brought about divisions at the Institute, harassed them threating staff with dismissal, which killed their morale.

Bantariza is charged with conduct prejudicial to good order, ill treatment of subordinates, alongside fraud charges.

Prosecution alleges that Col Bantariza diverted 500 liters of fuel meant for the institute’s activities to private use.

Bantariza is also alleged to have received a tractor donated to the institution by the Ministry of Finance but he claimed to have purchased it at 67 million shillings.

The case has been adjourned to November 19th for further hearing.

Government turns to broadcasters for help

Student loans do not require guarantors