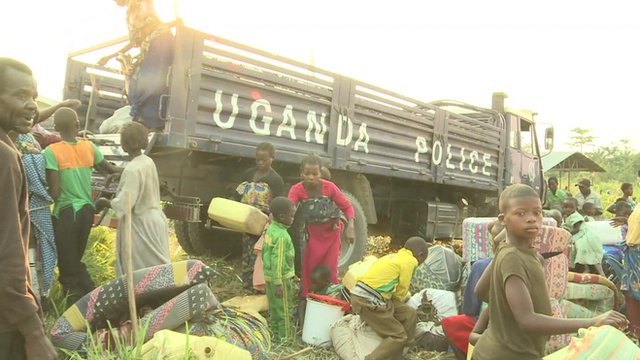 The army is concerned that a number of Congolese refugees who remain opposed to resettlement may pose a security threat to the country.

The UPDF spokesman for the Rwenzori sub-region Lt. Ninsiima Rwemizuma says they are will not condone this behavior by the refugees to avoid jeopardizing the country’s security.

Meanwhile, he says more Refugees are being ferried from their initial location near the Busunga border post to a gazetted resettlement area in Bukwanga in Bundibugyo district.

Over 4,770 Congolese refugees have so far been relocated to Bubukwanga camp.

According to the spokesperson of the Uganda Red Cross Society  Catherine Ntabadde, 250 family tents and two communal tents have been erected to provide shelter to the refugees.

Last week, thousands of refugees fled the DRC following fighting by the Allied Democratic Front rebels in the Eastern part of the country.

The Office of the Prime minister has identified a resettlement area for the refugees and together with some aid agencies, are providing humanitarian assistance.

By AFP Gunmen opened fire on a group of people celebrating a birthday at the weekend in a township in South Africa, killing eight and wounding...