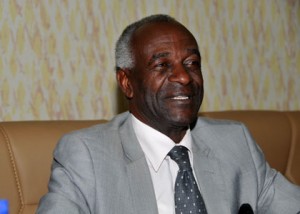 Debate on the Marriage and Divorce Bill has now been taken to the human rights defenders.

Former Principal Judge and Chairman of the Judicial Service Commission Justice James Ogoola says the bill should be debated by human rights defenders who are better placed on rights issues.

He says contrary to the general perception; the bill is not just about marriage but incorporates all human rights aspects.

Ogoola therefore says that the Marriage and Divorce bill should be shaped by human rights defenders to help bring out the fundamental rights issues.

Addressing human rights defenders in Entebbe at the rights defenders’ annual forum, Ogoola has blamed the current confusion on the fact that the bill is being debated by the wrong people.

The annual forum is held under the theme: “Human Rights and Human Rights Defenders responding to the call for Action”.

The Marriage and Divorce Bill has caused a stir among various stake holders including MPs who are now on recess for further consultation with their electorate.