Kikankane pulls out of SMC rally 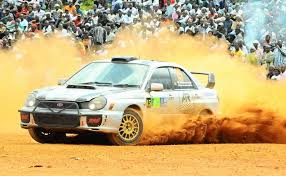 Duncan Kikankane Mubiru has opted out of this weekend’s Southern Motor Club Rally; the fourth round of the National Rally championship calendar.

He says he is preparing for the Rwanda Mountain Gorilla Rally scheduled for 18th to 20th July.

Kikankane tells KFM that he wants continental victory so he will not risk his machine in the SMC Rally.

Mubiru sits third on the NRC log with 185 points after three rounds, Ronald Sebuguzi leads the standings with 251 points while Jonas Kansiime lies in second position with 208 points.

The SMC rally is set for this weekend starting with a super special stage at Festino city, Mukono on Saturday July 5th before cars go for competitive sections in parts of Busiika and Luweero.