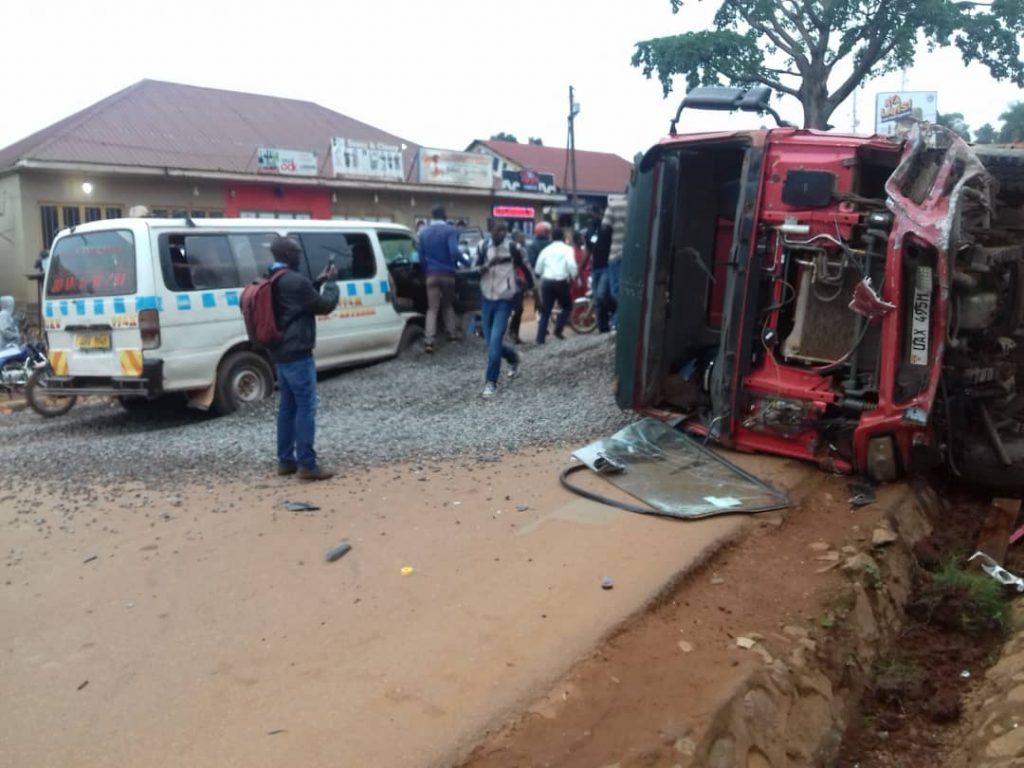 KAMPALA. One person has been confirmed dead and several others are still nursing injuries following an early morning accident that occurred along the Ntinda-Kiwatule road in Kampala.

According to the Kampala Metropolitan Police deputy spokesperson Luke Owoyesigyire, the accident happened after the driver of a truck Reg No. UAX 495H carrying construction materials lost control and it rammed into nine other vehicles.

Mr. Owoyesigyire says the yet to be identified deceased person has succumbed to injuries at Kampala Independent hospital.

He adds that the truck driver is currently on the run while investigations into the cause of the accident are underway.

Eye witnesses told KFM earlier that the truck driver failed to brake while on the slope along the Ntinda-Kiwatule road and it rammed into the other vehicles.