Former premier Amama Mbabazi has declined to record a statement ta Kiira Road police station where he is being detained.

His lawyers including Fred Muwema and Severino Twinobusigye say they have advised their client not to record any statement, because he has not committed any crime.

Muwema explains police must clearly state the charges to be preferred against their client.

Many politicians are flocking to Kiira road police station in show of solidarity with Mbabazi but just a few have been allowed entry.

Among those at the gate is the Member of Parliament for Busiiro East Lubega Ssegona who has condemned police for what he calls an unlawful arrest. 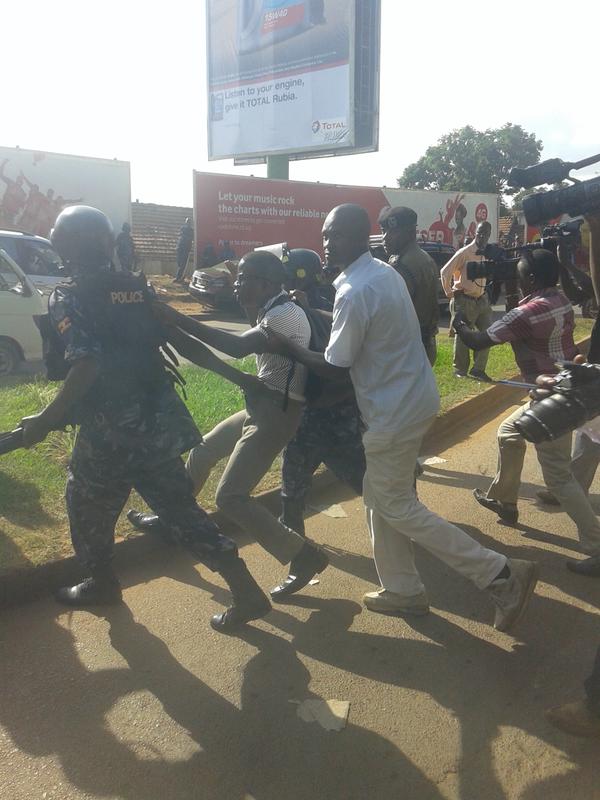 A group of the NRM poor youth has stormed Kiira Road Police Station where presidential hopeful Amama Mbabazi is being held.

Eleven of them have been arrested as the police tried to repulse the defiant group. The scuffle has led to disruption of traffic along the Lugogo bypass. Our reporter Stephen Mbidde filed this report a short while ago.