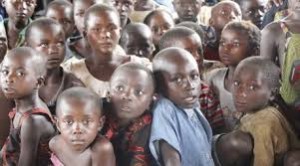 At least 9 girls in Karamaja region escape from their homes every day for fear of being circumcised.

This is according to the head teacher of Kalas Girls Primary school in Amudat district where these girls seek refuge.

Ben Wangila says on a daily basis they receive between 5 and 9 girls who run away from their parents’ homes, after being threatened with knife or forced into early marriage.

He says the most affected are the girls who have clocked the age of 9.

He says the school is now looking after over 6,000 girls, some of whom have already been forced to go through Female Genital Mutilation, while others had a lucky escape.

School closed over lack of latrine