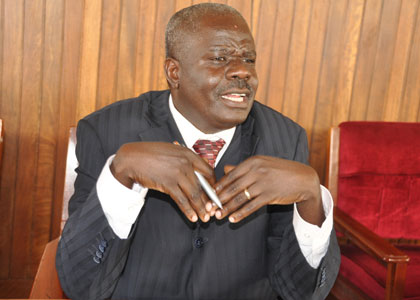 Workers MP Dr. Sam Lyomoki has been taken to the police special Investigations Unit at Kireka.

Lyomoki was arrested while at the WBS television premises where he had appeared for a talk show.

He is among the team of doctors who were summoned over a report tabled in parliament.

Yesterday Lyomoki came out and stated that he will not appear before the police as ordered because he has no case to answer.

The police deputy spokesperson Vincent Sekkate has confirmed the arrest of the legislator, saying he had failed to obey police orders to appear for questioning