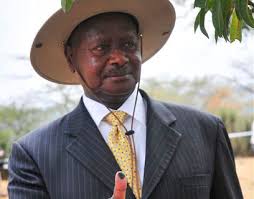 President Yoweri Museveni has welcomed the proposal for the formation of an Afripol force to combat crime in Africa.

While addressing police chiefs from 13 African countries at Paara Lodge in Murchison falls National Park, the president said the formation of Afripol will help combat the new wave of crimes which are on the rise.

He said there is need for security organizations in Africa to work together to ensure a crime-free continent.

Museveni says since the proposal for the formation Afripol is supported by the African Police chiefs, he is ready to front it before the African Union to be considered for passing.

This was during the opening of the two-day EAPCCO retreat held in Nwoya district this afternoon.