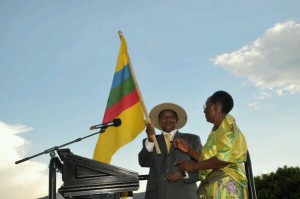 The district returning officer Salim Kizindo says the process was free and fair.

Earlier, the observer group, Citizens Coalition for Electoral Democracy in Uganda said the exercise was characterized by low voter turn-up.

The by-election follows the dismissal of former MP Tony Kipoi Nsubuga after he missed more than fifteen consecutive parliamentary sittings without the Speakers consent.