Odoki not moved by ruling 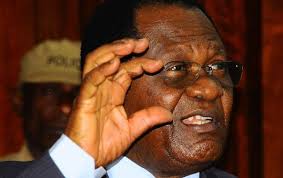 Former chief justice Benjamin Odoki says he is not shaken by the constitutional court ruling stopping his re-appointment to the top judicial seat.

In an exclusive interview with KFM, Odoki said that he is confident that he has served the country well and ready to see a new chief justice.

MPs including Joseph Ssewungu, Mariam Nalubega and Bernard Atiku say the ruling is justification of Parliament’s reservation on Odoki’s reappointment.

The Democratic Party has also welcomed the ruling saying democracy can be upheld if the Constitution is implemented to the letter as DP’s Secretary General, Matthias Nsubuga further explains.

I did not mislead the president- Ag Nyombi