Outcry over roads in Karamoja 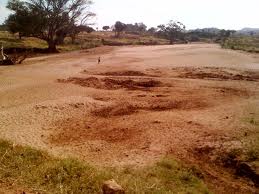 A group of NRM MPs from Karamoja region have threatened to quit the party over the poor state of roads in their constituencies.

This comes as parliament continues to review the budget frame work paper whose recommendations will be sent the president for approval before the reading of the national budget next month.

Addressing the media at parliament this morning, the MPs led by the group’s chairman also Dokoth East MP Samson Lokeris have pointed to the many roads that have remained impassable despite being allocated funds over the last financial years.

Lokeris cites the Moroto road which was budgeted for in the financial year 2011-2012 but has never been reconstructed.
He is now appealing to president Yoweri Museveni who is also NRM chairman to reign in on the line ministries and ensure the roads are considered in the next financials year’s budget or they will mobilize their people against the ruling party.