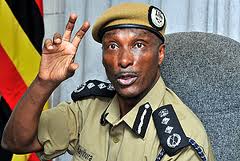 The police boss Lt. Gen. Kale Kaihura has apologized over the controversial arrest of the FDC’s Ingrid Turinawe and said the implicated officer will face the Police court for trial.

The police have today formally released the identity of the implicated officer as Woman Constable Irene Alinda. Kaihura says Alinda will be tried before court for offences of discreditable conduct and behaving in a cruel, disgraceful and indecent manner.

He has apologized to Ingrid, her family and the entire nation for the unacceptable conduct.

The Commandant of the Special Investigations Unit Beyata Cherimo however says their investigations found that arrest in itself was lawful and it was necessary to use force since Turinawe had resisted arrest.

Cherimo however recommends trial for the offending officer in the report as well as training on human rights. The police say the apology to Ingrid Turinawe will be put in writing.

The arrest in which a police officer was seen pulling Ingrid’s breast has attracted widespread condemnation.

By Damali Mukhaye The opposition Forum for Democratic Change party has released a roadmap for its internal elections for candidates to participate in the forthcoming East...

By Ritah Kemigisa President Museveni has today paid tribute to the late Bank of Uganda Prof Emmanuel Tumusiime Mutebile who died on Sunday morning at Nairobi...

By Ritah Kemigisa Preparations are in high gear for the installation of the new Archbishop of Kampala Archdiocese, Bishop Paul Ssemogerere tomorrow. On December 9th, 2021,...