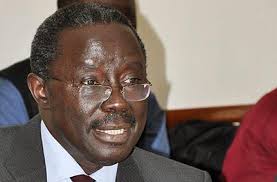 The Human Rights Committee of Parliament has resolved to summon the Attorney General.

This follows various concerns from members of the committee who accuse Peter Nyombi of bias and failing to represent Parliament as he is mandated to.

Recently, the Attorney General openly clashed with Speaker Rebecca Kadaga in the case involving the 4 MPs  expelled from the ruling party the NRM.

Kadaga accused the Attorney General of ignoring instructions from Parliament and openly opposing the official position taken by the Legislature.

However the Justice Minister Gen Kahinda Otafire defends the Attorney General  whom he says has done nothing wrong and asks Parliament to use their own lawyers if disatisfied.

The Attorney General mandated by law to represent all government institutions in legal matters.