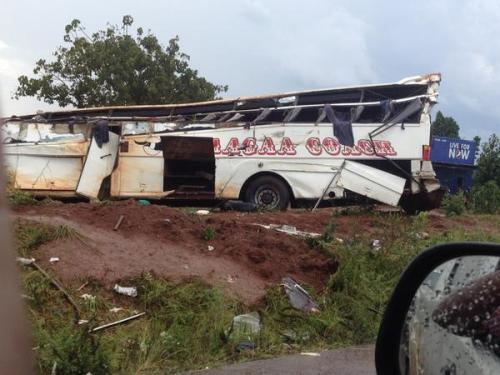 With the increasing accidents along highways, police will not leave any stone unturned to have them reduced.

The force has now restored check points at different spots.

Last year, the traffic police decided to deal away with the check points after registering a reduction in road accidents.

Meanwhile, some of the victims of the Nakasongola bus accident are recovering steadily.

Mulago hospital spokesperson Enock Kusasira says so far 6 of the victims have been discharged, 8 are slowly responding to treatment, two of them in critical condition.

Who is benefiting from the loan scheme-MPS ask

NSSF on the spot again over UMEME shares