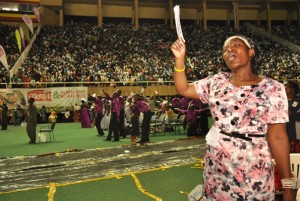 Christians under the Pentecostal umbrella have been assured of total security during national prayers as they usher in the New Year.

Every year, various church leaders in Kampala organize national prayers held at the various stadiums to dedicate the nation to God as the New Year sets in.

Now amid growing terror threats, the police commander in charge operations Kampala North Sam Omala has given assurance on security, urging the public to live their lives with the fear of God.

Omala says if people have God on their hearts they cannot engage in crime.