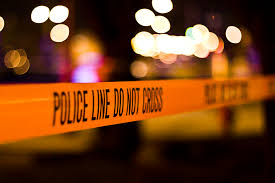 Three people all from the same family have been confirmed dead following a nasty accident at Ngando village in Butambala District last night.

The accident occurred when the driver of a vehicle, Toyota Premio registration number UAW 272R, lost control, and plunged into River Muyanga at the border of Butambala and Mpigi districts.

The NRM Vice Chairman in Ngando Sub-County Musabbah Lubwama has identified the deceased as; Hassan Kato – the driver, and his mother only identified as Nalongo Tebandeke. A third passenger was unidentified by press time.

Police has not yet confirmed the cause of the accident but preliminary investigations point at the heavy rains which recently washed away the culverts along the road.

The bodies of the deceased have been taken to Gombe hospital mortuary for postmortem pending further investigations.