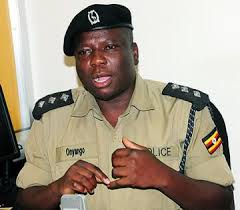 Two suspected thugs have been killed after gaining forceful entry into the home of a Belgian residing in the city suburb of Muyenga.

According to the police, the four led by one Isa Matovu, invaded the home of Belgian businessman Andrea Lyebeck in Muyenga diplomats’ zone with the motive of robbing him of 100 million shillings.

The Kampala metropolitan police spokesperson Patrick Onyango says the police managed to foil the robbery, but there was an exchange of gunfire that led to the death of one of suspects while the second one died on his way to the hospital.

One of the deceased has been identified as Isa Matovu, who was formerly employed by the businessman.  The other is yet to be identified.

In a separate development, five security guards have been arrested for alleged robbery in Gaba, a city suburb.

The Kampala metropolitan police spokesperson Patrick Onyango says the guards attached to Pangani protection services attacked the home of Peter-Wal Maja a South Sudan National, but he was quick to call for help from Gaba police.

The group was arrested with four guns, one of which was stained with fresh blood.

The suspects are now being held at Kabalagala Police Station.

NSSF gets Sh3bn in dividends from UMEME