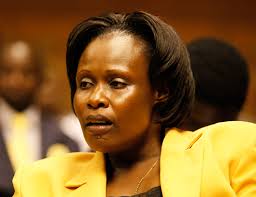 FUFA holds round of 16 draws for Uganda Cup

Education minister Jessica Alupo says everything is fresh and appeals to the clubs and players to avoid sliding back to the past confusion.

The Uganda premier league was formed after talks between leaders of the two worrying factions in the football fraternity.

The fresh committee brings to an end the farce of two parallel leagues; the FUFA Super League and Uganda Super League.

By Damali Mukhaye The Ministry of Education and Sports is seeking Shs97.2 billion to renovate Mandela National Stadium-Namboole ahead of the FIFA World Cup qualifiers. Uganda...

FUFA holds round of 16 draws for Uganda Cup

By Lukeman Mutesasira The Federation of Uganda Football Associations (FUFA) has today held the Round of 16 draws for the Uganda Cup. The first and return...