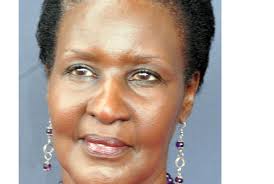 Traders continued with their strike in protest of the Pre-Import Verification fee, entering day three today.

However, meeting consumers this morning, Trade Minister Amelia Kyamabadde asked traders to reopen their shops after government and the service provider agreed to renegotiate the fees on Monday.

She has also advised not to mislead the public saying the cost of the verification service is to be borne by them.

He explains that contrary to the general perception, the cost will be incurred by the manufacturer who will then pass the burden to the final consumer through increased product price.

The traders strike has not only affected business men but also lawyers.

A number of lawyers have their chambers in buildings which were closed due to the ongoing traders strike.

Consequently, many cannot access the files they urgently need to defend their clients in court.

According to Yunus Kasirivu one of the affected lawyers whose office is located on Kirimira towers along Luwum Street, he has not been able to represent any client in courts of law.

Kasirivu says this has led to loss of huge amounts of money.

He is now appealing to the government to ensure that the stand-off with the traders is resolved as soon as possible so that business in down town can resume.