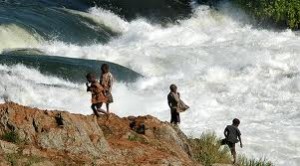 Uganda continues to shine in the tourism industry. The country has received yet another accolade.

Addressing journalists at media Centre the tourism Minister Maria Mutagamba revealed that Uganda had won a prestigious award with the Source of the Nile Voted as one of the seven natural wonders of Africa.

This was during a ceremony held in Arusha, Tanzania organized by the Seven Natural Wonders of Africa Initiative.

Mutagaba said the Nile was ranked 3rd among the seven natural wonders of Africa.

She says government will now invest in the development of the site and will ensure its preservation.

Meanwhile the chairperson of the Uganda Tour Operators Association Boniface Byamukama expresses confidence that this award will boost their businesses with more people picking interest in visiting the country to see the site.

The government, through the Private Sector Foundation Uganda (PSFU) is set to invest over Shs 10 billion in the coffee sector to create about 25,000 jobs...

By Ritah Kemigisa The Uganda Bankers Association has underscored the need for the government to increase funding to the tourism sector in Uganda. Uganda this financial...

By Prossy Kisakye President Museveni continues to woo foreign entrepreneurs, in a move meant to boost Uganda’s export trade. The latest to be targeted is the...

By Abubaker Kirunda Taxi drivers in Jinja city have gone on a sit-down strike while protesting against the skyrocketing prices of fuel in the country. The...