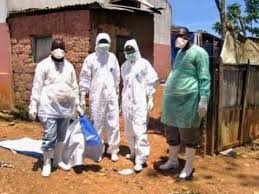 Health officials in Agago district say they are to work with the ministry of agriculture and embark on animal intervention measures to curb the Congo Crimean hemorrhagic fever.

The District Director Health Services Dr. Emmanuel Otto says the 304 million shillings the district requisitioned for the response plan is for both human and animal intervention measures.

The animal intervention measures include among others sensitization of farmers on best practices on slaughtering, spraying animals and testing.

He however says they are yet to receive the money.

Meanwhile Dr. Otto says they are still waiting for test results for the samples that were obtained from the animals two weeks ago.

About 50 animals had their blood samples taken to be tested for the disease.