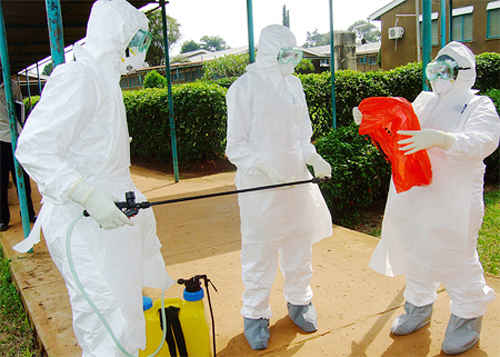 Doctors say the two Ebola patients admitted to Mulago hospital are improving and in good shape.

The hospital spokesperson Enock Kusaasira says that the duo has already recovered from the symptoms of the deadly fever and is hopeful that they will fully recover soon.

Kusaasira says tests have already been carried out to confirm that they are out of danger before they can be discharged.

He also adds that throughout the weekend, no fresh admissions were registered.

The fresh outbreak reported in Luweero has claimed 5 lives and more than 50 people are still being monitored after they had contact with the dead and sick.

The Ebola Hemorrhagic fever disease presents with Vomiting, bleeding, Stomachache, Headache and fever among other symptoms.