No money for midwives’ salaries 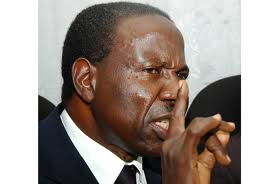 Government has confirmed that it will not be able to provide the Sh84 billion for midwives wages.

The announcement is bound to affect the functioning of health center IIIs and IV’s.

This has been confirmed by the state minister for planning Matia Kasaija.

Kasaija says this financial year government is focused mostly on infrastructural development and not health.

However, members of the civil society on maternal, new born and child health say they are not going to stop pushing for the release of that money.

The executive director of the White Ribon Alliance Robina Biteyi says cases of maternal mortality have slightly gone up due to limited funding at health center III and IV’s.